IMDb: 7.7 1979 96 min 27 views
After a successful robbery leaves famed thief Lupin III and his partner Jigen with nothing but a large amount of fake money, the so called ...
AdventureAnimationComedyCrime

IMDb: 8.1 1984 117 min 31 views
After a global war, the seaside kingdom known as the Valley of the Wind remains one of the last strongholds on Earth untouched by a poisonous ...
AdventureAnimationFantasy

IMDb: 8.0 1986 124 min 34 views
A young boy and a girl with a magic crystal must race against pirates and foreign agents in a search for a legendary floating castle.
ActionAdventureAnimationFamilyFantasyRomance

IMDb: 8.2 1988 86 min 41 views
Two sisters move to the country with their father in order to be closer to their hospitalized mother, and discover the surrounding trees are ...
AnimationFamilyFantasy

IMDb: 7.9 1989 103 min 46 views
A young witch, on her mandatory year of independent life, finds fitting into a new community difficult while she supports herself by running an ...
AdventureAnimationDramaFamilyFantasy

IMDb: 8.4 1997 134 min 31 views
Ashitaka, a prince of the disappearing Emishi people, is cursed by a demonized boar god and must journey to the west to find a cure. Along the ...
AdventureAnimationFantasy

IMDb: 8.1 2002 13 min 35 views
Mei has an adventure with a Kittenbus and her relatives. Totoro appears.
AdventureAnimationFantasy 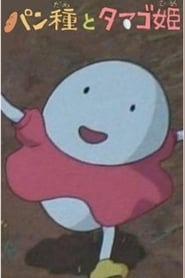 Mr. Dough and the Egg Princess

Mr. Dough and the Egg Princess

IMDb: 7.5 2010 12 min 19 views
Pandane to tamago hime is the story of a tiny Egg-girl who is forced to serve the evil Boar-like witch Baba Yaga. But after a blob of Dough comes ...
AnimationFantasy

IMDb: 8.6 2001 125 min 44 views
A young girl, Chihiro, becomes trapped in a strange new world of spirits. When her parents undergo a mysterious transformation, she must call ...
AnimationFamilyFantasy

IMDb: 8.2 2004 119 min 53 views
When Sophie, a shy young woman, is cursed with an old body by a spiteful witch, her only chance of breaking the spell lies with a self-indulgent ...
AdventureAnimationFantasy

IMDb: 7.7 2008 100 min 27 views
The son of a sailor, 5-year old Sosuke lives a quiet life on an oceanside cliff with his mother Lisa. One fateful day, he finds a beautiful ...
AnimationFamily