Tension heightens between Phillip and his business partner Manesh when Phillip realises that he has been left out of the loop regarding some important information. Ben’s feeling the pressure as security is tightened at ZBG and informs Manesh that he thought he was going to get the sack after being called into see his manager, but was merely made into a permanent member of staff. After studying her on CCTV footage, Harry Wallingford, Head of Internet Fraud, wants to arrest Louise but Crawford stops him. He has the transcript of a call from a ZBG employee at Canary Wharf, saying she is being threatened into committing fraud. Crawford convinces Harry that Louise is small fry, and that they could use her to lead them to the big fish. Crawford visits Louise’s flat and finds extremely loud music coming from inside. Louise’s neighbour tells him that it’s been like this for a couple of hours. Crawford manages to calm Louise down and they talk about Anna’s death. Could Crawford be about to make a big mistake? 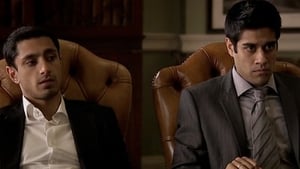