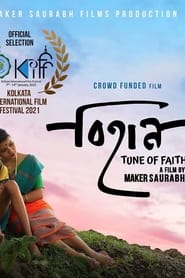 Koyel, an eighteen year old girl, a resident of an interior village of North Bengal prepares to get married while her friend Kanai gets heartbroken at this news. A natural affluent player of flute, Kanai, gets jealous of her would be husband. Being merely a boy of twelve years, he exclaims about his fondness for Koyel and proposes for marriage. He declares to Koyel that he would spend all his piggy bank savings to start a new family. Though laughable, the proposal is also met with appreciation from Koyel. While this happy chapter plays along, trouble brews in the horizon. Samad, a driver by profession has a routine of getting drunk and beating up his wife when he returns home after weeks of work. The issue escalates to such a proportion that the village headman pokes his nose to resolve the matter. These two distinctly different plots of the village happen to cross their paths leading up to an unprecedented sequence of events.